I'm so happy to share this card with you today. It was one of those times when I smiled the whole time I was making it. Not only is it creative and fun, I LOVE sharing different ways for you to use your dies. They are an investment, so if you can use them in more & different ways than they were intended, that makes the investment a better one.

Let's start with the card front. Which was actually completed after the inside was finished, as I wanted to tie in the glasses. I used the Pop-Up frames from Karen Burniston's new Oval Frame Pop-Up. The new release will be available for pre-order on January 21st! Once the glasses were done, I used the tag reinforcement die from the new Circle Tag Pop-Up for the eyeballs. :-) Oh, and I hung onto one of the little black fall away circles which you will see again on the card interior. 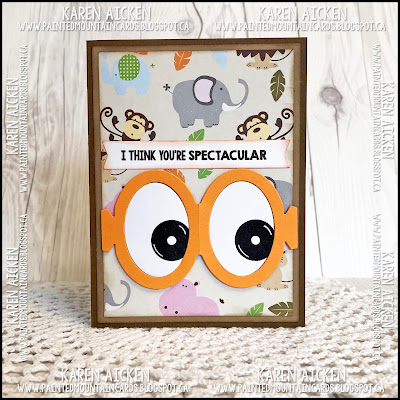 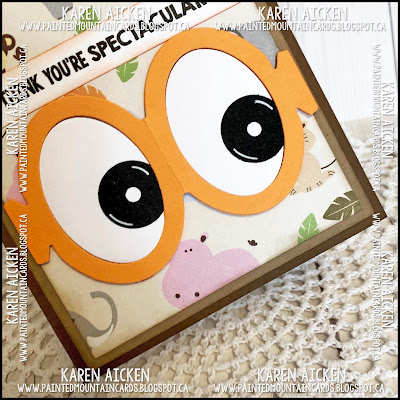 When you open the card, you see this fun pop-up MONKEY!! See why I was smiling the whole time? I used the Partial Die cutting technique to change the outer ovals into circles (photos at the end of this post). Once the eyes and ears were completed, I added a horizontal oval for the muzzle. Hmmm ... do monkey's even have a muzzle? Whatever it's called - I'm sure you know what I mean. 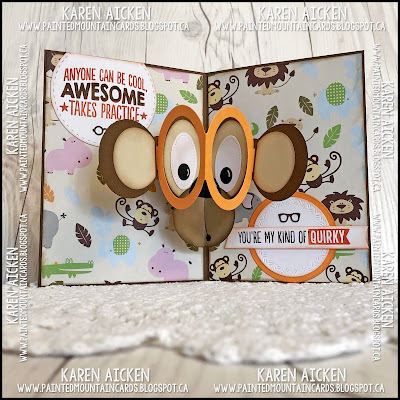 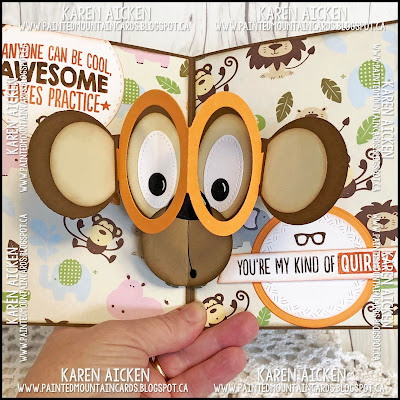 The little nose is actually one of the stitched hillside pieces that are included with the Oval Frames Pop-Up. Turned upside down it worked perfectly. And there is that little black fall away circle for his mouth ... I wanted to mimic the monkey on the patterned paper. 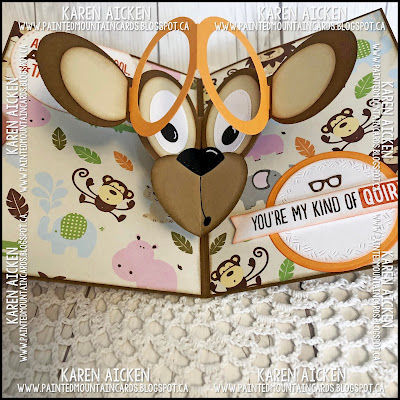 I took lots of photos, because it's a new die set and people want to see what it looks like from different angles so they know if it will work for them. This is such a cool die set - there is so much dimension but it folds up completely flat for mailing. Even with a little foam tape! 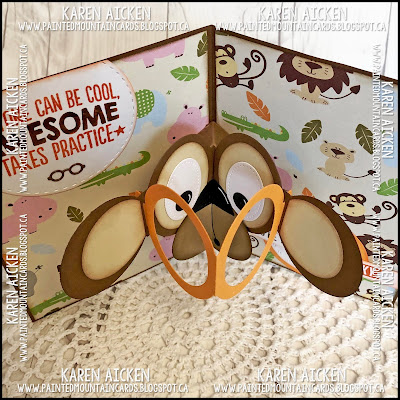 I've had the stamps for a long time but they worked perfectly so I used them. I don't stop using something just because it's retired - I usually buy stamps and dies because I can use them for years, not because they are the latest thing. 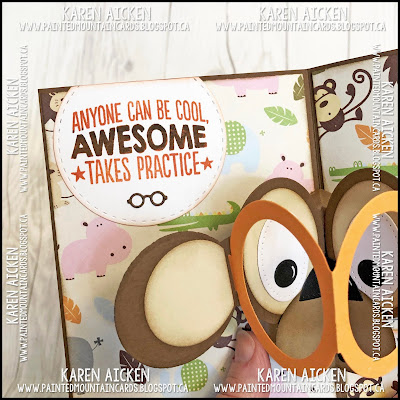 I added a pair of die cut spectacles as well, and they came from the Tiny Accessories One die set. There is a new Tiny Accessories Two set being released this month that also has glasses - but I liked these ones better for my card. I have been using the TA2 on a lot of my sample cards though - it is just SWEET. 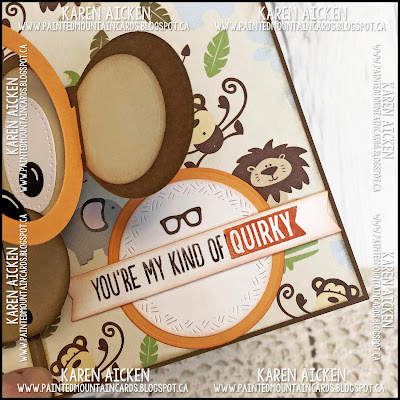 Below is a look at how it folds up. 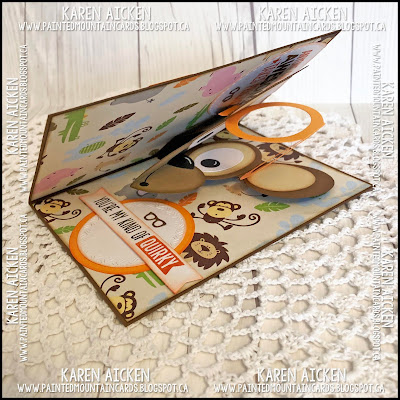 I took a couple of photos before I started assembling, to help you understand how I trimmed those outer ovals into circles. The cutting plate was placed even with the inner edge of the outside ovals so anything outside the cutting plate wouldn't cut. It's called "Partial Die Cutting" and there are lots of tutorials on the web if you want to know more. 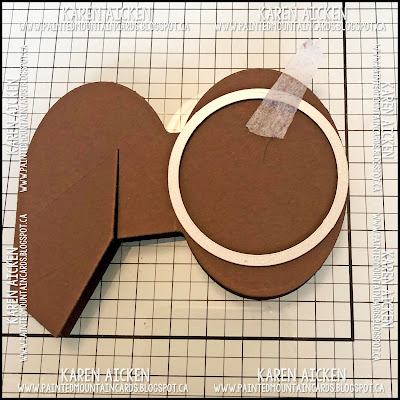 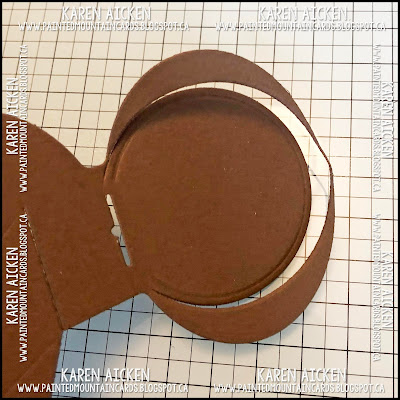 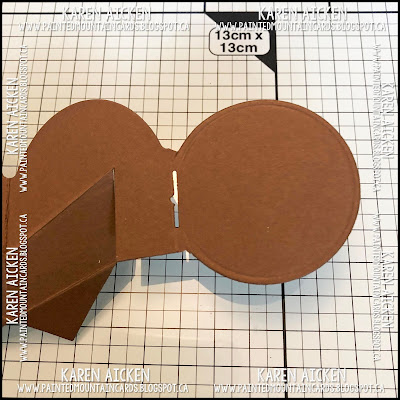 I hope I've inspired you to try something different with your dies!

There are SO MANY great dies in the new release, which will be available for PRE-ORDER on the website starting January 21st. You can click on the preview below to see it larger. 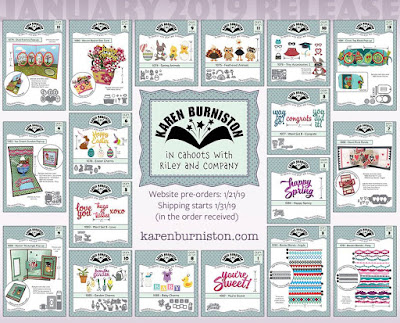 Thanks for stopping by today
Posted by Karen Aicken at 3:30:00 am

I absolutely love this adorable card! I was wondering where you got the sentiments ... they are perfect for a family member of mine. Thank you for sharing!

So cute! would love dot see it on Pinterest so that I can try to do it later... Thank you

Lavanchy - for some reason Blogger won't let me reply directly to your comment - but you can check out all of my Pinterest boards, or just the one I have started for the Oval Frames Pop-Up: https://www.pinterest.ca/kaicken/cards-oval-frames-pop-up-kb/. I haven't added all of the new release dies to my board yet, but I will as the Design Team posts them. If you want to follow all of my boards, here is the link: https://www.pinterest.ca/kaicken/ Thanks so much for your comment!

Heather - for some reason Blogger won't let me reply directly to your comment. Unfortunately this stamp set has been retired - it was originally by MFT Stamps. I don't stop using items just because the manufacturer retires them - I paid good money for my supplies and the criteria for purchasing is usually longevity or multiple uses. Maybe someone would still have them on Amazon or Ebay? I checked the packaging but there isn't a title on it anywhere. Wish I could help more.

Love love love this cute monkey ... so spectacular and clever

Wow!!! I am in awe of your creative use of these dies. Your monkey card is amazing!

I recently discovered Karen Burniston's dies and all of your amazing creations. I am in love with this card! So stinking cute!!! I have to case it! Thank you sooo much for sharing! 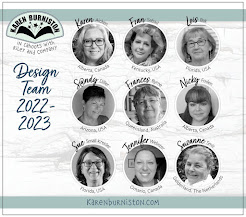 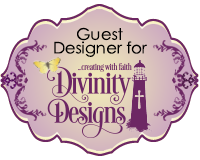